Bringing Italy to you. 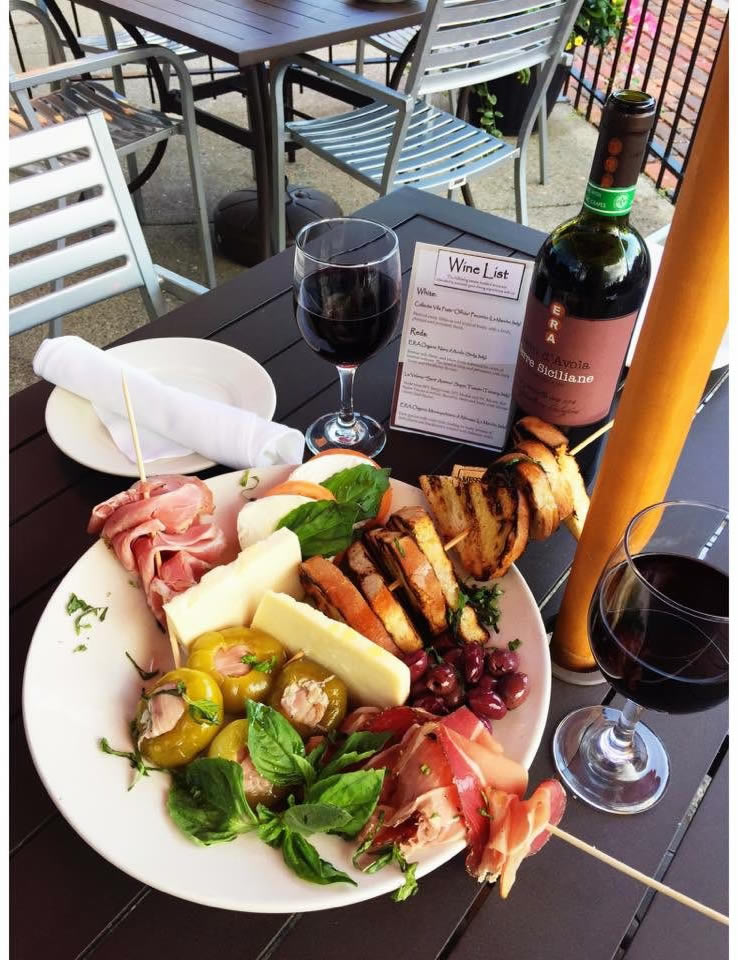 Calabria Ristorante was established in 2001. Our first restaurant opened on Shrewsbury Street in Worcester and has since moved to South Main Street in Millbury. The menu reflects food that the owners typically would serve in their homes.

The Ritacco family is directly from Calabria, Southern Italy and has been enjoying and serving Calabrian cuisine since childhood. The Direnzo family are close friends of the Ritaccos and share a love of their mutual Italian culture, providing fresh cooked meals in a warm, friendly atmosphere to the people of Millbury and its surrounding towns.

Only a narrow waterway separates Calabria from Sicily, which explains why their food histories are so closely intertwined. Their landscapes and crops are similar, and everything from architecture to cooking methods have been shaped by this area’s contact with conquering cultures. Arabic, French, Spanish and Greek influences have left an imprint on the region’s traditions.

The abundance of local food festivals shows how much delight Calabrians take in enjoying the fruits of their labors. While tomatoes and eggplants hold critical spots in many Calabrian dishes, local festivals give pride of place to other seemingly humble ingredients. The town of Diamante hosts a peperoncini festival in September. Caria celebrates the simple Sajuca bean in August. In July, Tropea spotlights its coveted red onions. Also in July, Bagnara signals the downhill run towards the end of the swordfish season with a festival celebrating the region’s staple fish.

With farmland sparse in Calabria, every sustainable plot is cultivated to its greatest advantage. Tomatoes, eggplants, potatoes, artichokes, beans, onions, peppers, asparagus, melons, citrus fruits, grapes, olives, almonds, figs and mountain-loving herbs grow well in the area. Calabrians tend to focus on the high quality of their ingredients so that virtually everything picked from a garden is utilized and worthy of praise.

Calabrians use the mountainous area covering most of the region to raise pigs, goats and sheep, and explore the woods for chestnuts, acorns and wild mushrooms to add rustic flavors to their cooking. Adventurous fishermen have little trouble finding rich pockets of swordfish, cod and sardines, and shellfish are common in the forms of shrimp and lobster. The inland freshwater lakes and streams offer trout in abundance.

Because of Calabria’s hot and humid climate, Calabrians have made an art of food preservation. Oiling, salting, curing, curing and smoking have come to define much of Southern Italian cuisine. In particular, cured meats and sausages are a staple of Calabrian fair—in fact, they are sold right along side fresh produce.

Breads, cheeses and pastas are all important to Calabrian cooking, though these staples of Italian cooking share their spotlights with heartier, meatier fare. Pane del pescatore (“fisherman’s bread”) is a local specialty rich with eggs and dried fruits. Focaccia and pita breads are popular in the region, a nod to Greek and Arabic flatbread influences. Similarly, special pastries and dessert breads take on a Greek flavor with many being fried and dipped in honey. Cheeses lean towards the goat’s and/or sheep’s milk varieties, though cow’s milk cheeses are becoming more common.

Wine is not produced in huge quantities in the region, though the small batches are exceptional in flavor and, like the bulk of Calabrian culture, heavily influenced by Greek influx. Ciró wines are produced by the same ancient varieties of grapes as wines produced in antiquity for local heroes of the Olympic games. The grapes are still grown primarily in the Cosenza province of Calabria, and Ciró wines are still an exercise in patience, with several varieties taking up to four years to reach maturity.

We are proud of our heritage and look forward to sharing our Southern Italian recipes for all to enjoy.